San Francisco is one of the most popular and famous cities in the world. Known across the globe for its legendary cable cars and the Golden Gate Bridge, over 15 million people visit the area each year. Incorporated in 1850, San Francisco today has a population of just over 883,000, with the entire metro area containing 4.7M residents. The city is known for its cool summer climate, beautiful architecture and steep, rolling streets. In addition to the Golden Gate Bridge, San Francisco is also the home of other popular destinations, such as Fisherman’s Wharf, Chinatown and the former island prison Alcatraz. The fortune cookie was invented in the city during the early part of the 20th century. Denim jeans were also first introduced in San Francisco, by gold rush miners who needed a tough and durable fabric for their clothing. 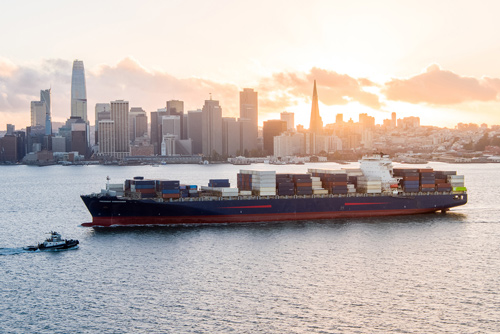 Beltmann Integrated Logistics has decades of knowledge and experience developing logistical solutions for a wide variety of industries in the San Francisco area. Our logistics services are never “cookie cutter” or a one size fits all approach. You can count on us to create tailor fit logistical solutions, designed specifically for your unique business needs. We take the time to get to know each one of our customers’ challenges and business requirements, which allows us to develop solutions that succeed.

We are proud to offer our expert logistical services to the following industries in the San Francisco area.

Dependable: With decades of industry knowledge and experience in the San Francisco region, you can count on our professional logistics services to get the job done right, on time and within budget.

Unmatched Experience: One thing that we have learned over the years is that no two businesses have the same challenges and requirements. You can rest assured that the logistics strategies that we create for your business will be custom fit to your particular needs.

Beltmann Integrated Logistics has a large network of logistics partners across the globe who are dedicated to helping our customers accomplish their goals. You will be assigned a dedicated account manager who will expertly handle your entire logistics program from the pre planning stage to the final delivery of your products. Our goal is to not only meet your expectations, but also exceed them.

We are pleased to provide our valued customers these professional logistics services.

If you are in need of the finest, professional logistical services in the San Francisco area, Beltmann Integrated Logistics is ready to help. Contact us today to learn more about how we have had a very positive impact on the business operations of our customers. Let us put our two decades of successful experience to work for you!